Guduchi also known as Gulancha, Giloy, Tinospora or Tinospora cordifolia is prized in Ayurvedic science for its
adaptogenic properties.


An adaptogenic herb helps to boost the body's natural resistance to stress. Stress could be physical or mental and can be caused by trauma, anxiety or fatigue.

Guduchi is well known for its immune boosting properties and ability to protect the body from stress.

Its main benefits are:


Read more on Guduchi and its benefits

Posted by FavorFinesse.com at 2:03 PM No comments:

Speman is a herbal supplement that promotes


Contains 9 ayurvedic herbs for male reproductive health. 🌱
These herbs include

Click to read more on the herbs and benefits of Speman

Posted by FavorFinesse.com at 12:18 PM No comments:

These ayurvedic herbs and minerals help to improve overall hormonal balance and wholistically provide relief and comfort from menopause symptoms. 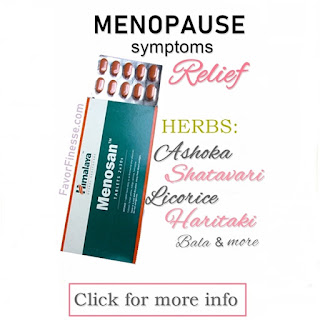 Posted by FavorFinesse.com at 11:37 AM No comments:

AyurSlim is a herbal blend of 5 herbs

In combination these herbs help to

Click to know more on the herbs and benefits of Ayurslim
Posted by FavorFinesse.com at 11:31 AM No comments:

Posted by FavorFinesse.com at 12:45 PM No comments: 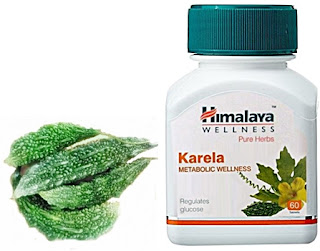 Karela also known as Bitter Melon is a curious looking fruit with amazing health benefits
The most important benefits of Karela are:

1. Keeps Blood Sugar Levels normal - Karela is best known for its 'blood sugar lowering' action.86% of participants in a study who took a Karela extract showed a 14% drop in blood sugar.Not only does it lower blood sugar, but this herb has also shown the ability to enhance glucose uptake in cells, to promote insulin release, and to increase the effect of insulin.Research has shown Karela to contain three types of compounds that give it this amazing ability. These are Charantin, Polypeptide P and alkaloids.Karela has also been reported to increase the number of beta cells (cells that secrete insulin) in the pancreas, thereby improving your body's capability to produce insulin.2. Detoxification and Liver Cleansing  - Karela is a powerful detoxifying agent. It is known to cleanse the liver of toxic effects of alcohol and other toxins. Karela juice is considered a home remedy in India in cases of jaundice.A study in the International Journal of Vitamin and Nutrition showed that Karela protects against liver disorders by boosting anti-oxidant activity of liver enzymes. It also improves bladder function.3. Helps to Lose Weight -  Karela helps to speed up metabolism. A study also showed that it helps to dislocate human fat cells and also prevents growth of new fat cells.4. Healthy Skin - Along with its blood purification properties, Karela also has powerful anti-oxidants along with Vitamin A and Vitamin C. Karela has long been known as an excellent remedy for all kinds of skin conditions and helps to keep skin clear and healthy.5. Highly nutritious - Karela is chock full of vitamins and mineral and is regularly consumed in many communities for its benefits. It is rich in iron, twice the potassium of bananas, has twice the beta carotene of broccoli, twice the calcium of spinach, contains vitamins A, C, B1, B2 & B3. It also provides good dietary fiber.

Read more on all of Karela's benefits
Posted by FavorFinesse.com at 10:03 AM No comments:

Why Amalaki is considered to be gold in Ayurveda 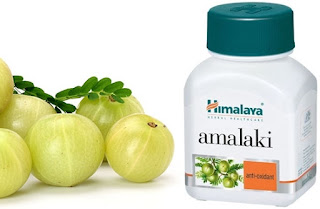 It is believed that what gold is to minerals, Amalaki is to herbs.

The most widely used herb in Ayurveda, Amalaki is known to have multiple benefits.
The most important benefits of Amalaki are:

1. Slows Ageing - In Ayurveda, Amalaki's primary benefit is called  Vayastapana, which literally means “stopping the ageing”. In Charak Samhita (an ancient and one of the most important Ayurvedic science texts) it is stated “Of all the rasayanas, Amalaki is revered as one of the most potent and nourishing; Amalaki is the best among rejuvenative herbs.”
Modern science first discovered Amalaki's anti-oxidant properties in 1936. It is these powerful anti-oxidant properties that give Amalaki its anti-ageing benefits.
As a result Amalaki shows anti-ageing benefits not only when consumed internally but also when applied topically to hair and skin. It is very well-known as a herb that prevents premature graying and falling of hair.

2. Digestive Aid - Amalaki is considered excellent for digestion. Dried amla fruit is commonly consumed in India after meals to aid in digestion. It provides quick relief from bloating, gas, indigestion and nausea.
Taken on a regular basis, Amalaki keeps the digestive tract healthy. It detoxifies the digestive system.
and helps to absorb nutrients. Amalaki is one part of the famous blend Triphala that is excellent for the digestive tract and digestive issues like IBD and Colitis.
3. Builds Immunity -  According to Ayurveda, Vata Dosha is predominant during fall and early winter.  Vata Dosha is characterized by cold, dry, rough, light, qualities. Aggravation of these qualities lead to lower immunity and resilience.
Amalaki with its anti-oxidant properties and high Vitamin C content supports the lungs and respiratory system and helps build immunity.

Read more on all of Amalaki's benefits
Posted by FavorFinesse.com at 12:56 PM No comments:

FavorFinesse.com
Welcome to FavorFinesse.com. Herbal Ayurvedic Supplements and Remedies at lowest prices on the internet with FREE shipping worlwide. We also have a wealth of articles on herbs, natural remedies, ayurveda and healthy living. Visit us today.